Why I Think You (yes, YOU) Should Explore Circus Arts With Us

Personally, I think there are MANY reasons for exploring Circus Arts classes, but I’m clearly biased. Plus it all essentially comes down to these three main reasons: 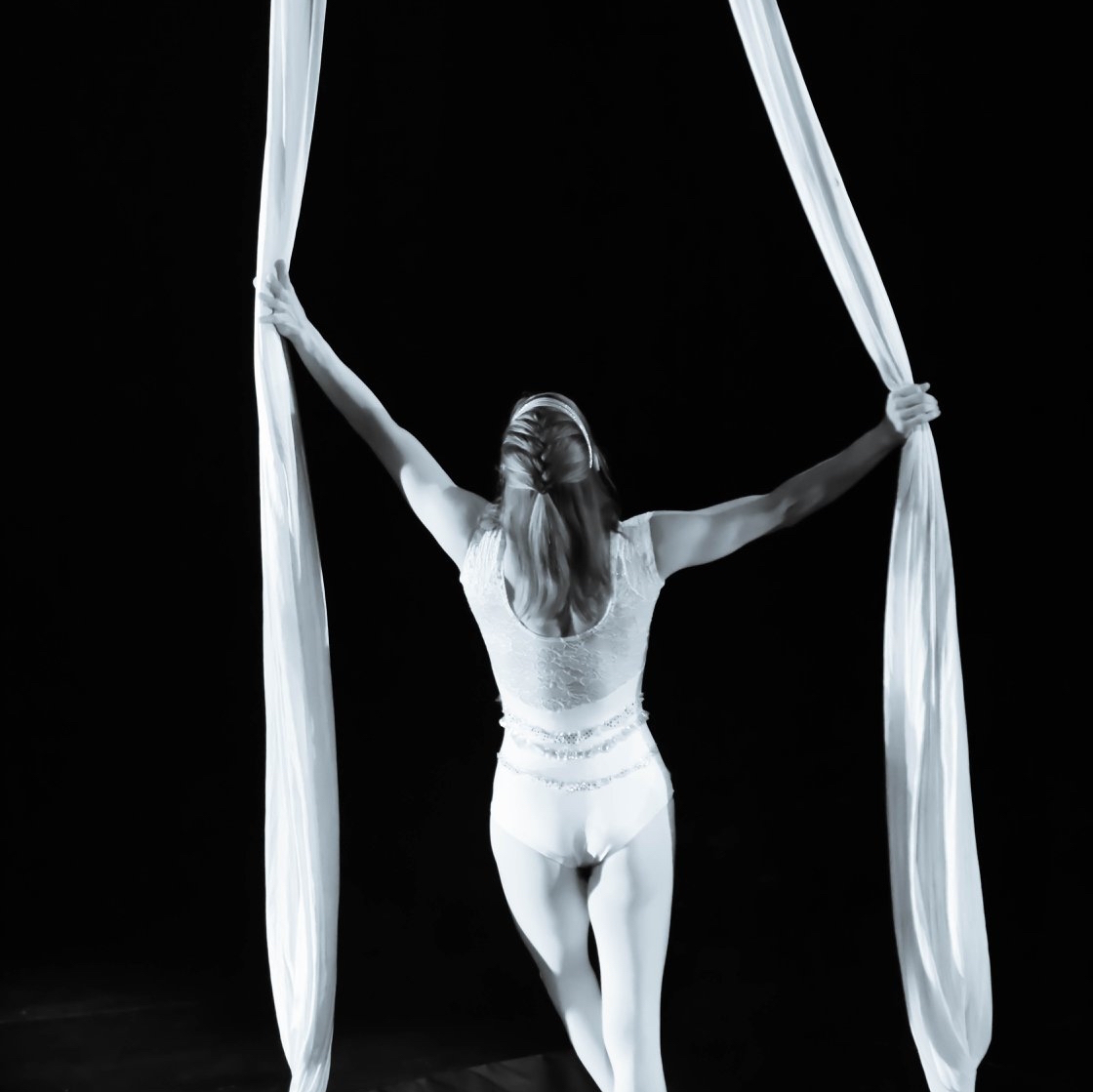 Circus Arts is a Marriage of Fitness and Creativity.

My very first thought after I saw somebody move on the silks for the first time was, “Holy Moly, it’s just up and down dancing!”  Turns out that, despite my upbringing in dance, there was no “just” about it. Hanging and pulling and inverting, it turned out, was going to be freaking hard!  I barely got off the ground in my first class. I worked my way into some pretty-ish shapes, but they were very difficult to hold and I was sore for days afterward.

My upper body was clearly not strong enough for the graceful air dancing I had imagined.  But, guess what? I kept going to class, and that helped a lot. At the end of my first year, I had the tools to create and perform my first solo act in a Student Showcase.

Ever since then, I’ve come to form my fitness goals based on the ideas I’d like to bring to life.  Now I live in a constant state of, “I wonder if I can…”

“I wonder if I can…control the drop slowly to better match the music.”

“I wonder if I can…have the endurance to emote anger for four minutes.”

“I wonder if I can…smile while terrified atop someone’s shoulders.”

The KC Aerial Arts studio is a “Safe Place to Fail.” 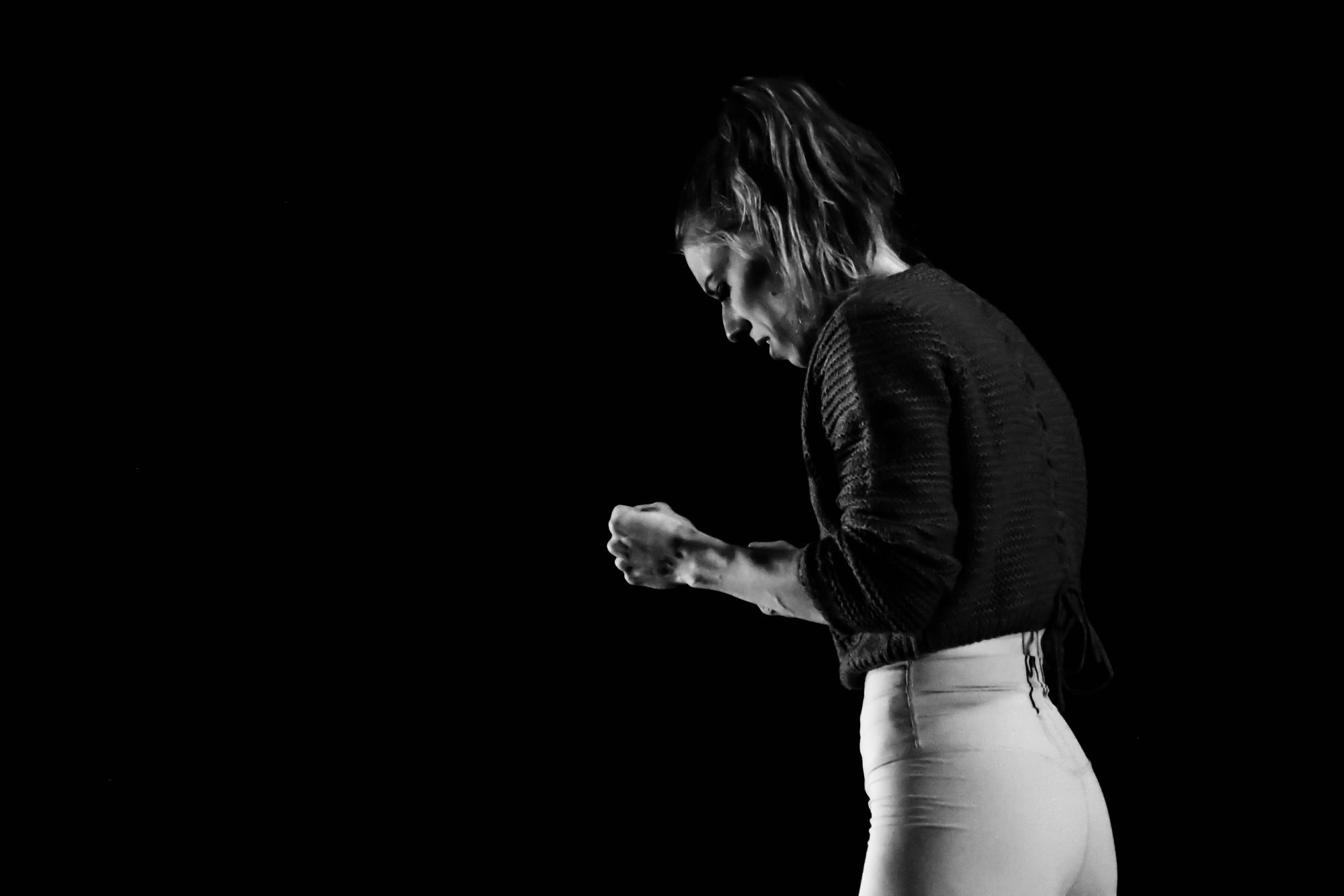 One of these days, we’ll paint it on the wall because we say it so much.  When you inevitably feel anxious or scared because you’re attempting a trick in class with your coach (and probably some classmates) watching you, we’re here below your scared face to remind you, “This is a safe place to fail.  It’s just us.”

Your coaches are WELL-acquainted with this fear so we understand you.  Before we were coaches, we were beginners…I could barely hold myself upside down, remember?

Just as our coaches empowered us, so we hope to empower you to keep moving in the direction of your goals.

Finally, what I’m going to call the “Quirk Factor”… 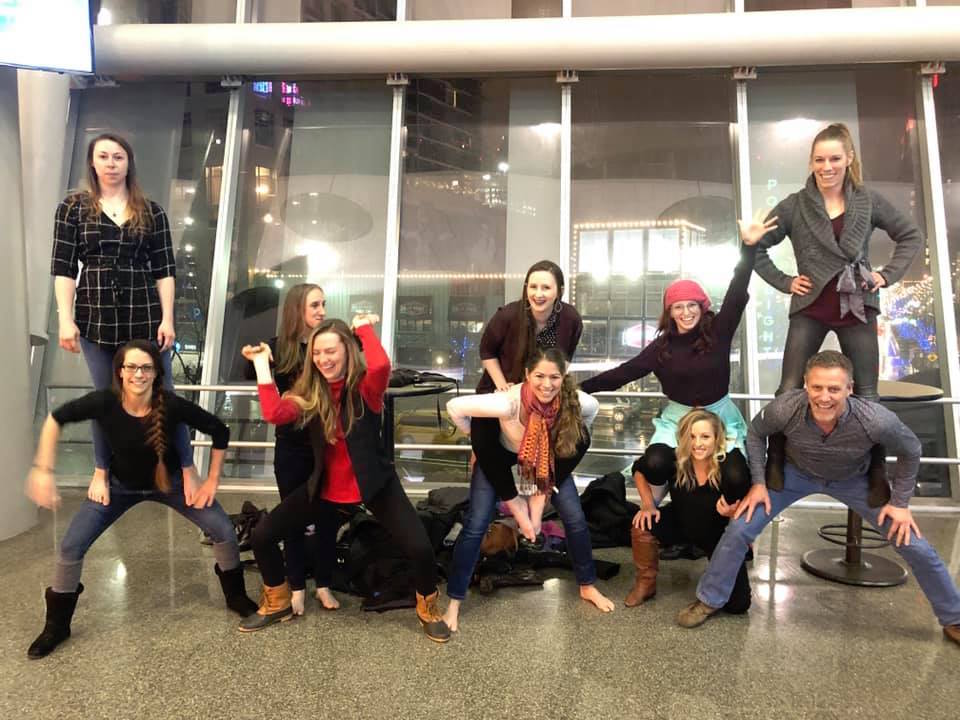 A circus career is an odd life decision, but there’s a handful of us at the studio who have made that choice so…take that, Society!

These beautifully odd humans are your coaches and we love what we’re doing.  There have been SOOOO many weirdos who have come before us and I LOVE that. I mean, come on, the history of circus is most well-known for showcasing the peculiar and extraordinary.

It’s not like we shout it from the rooftops or anything, because you know…we’ve got style and class as well.  However, I’d argue that we have the circus “Quirk Factor” to thank for our seemingly natural ability to foster an open and accepting community for ALL of our students.