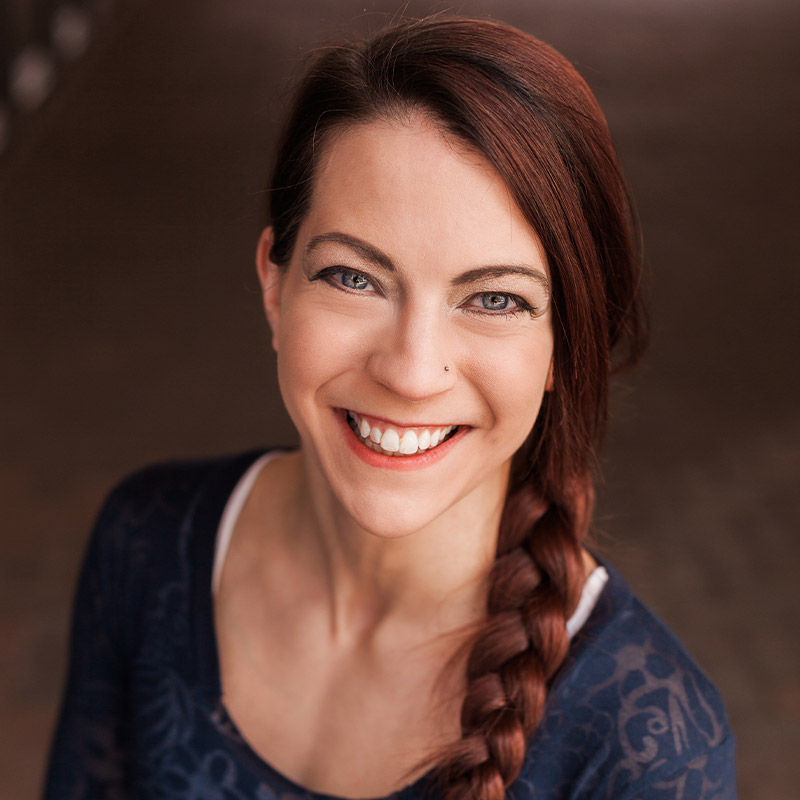 Growing up, though she loved the idea of acting, Elena found herself gravitating behind the stage, especially in college where she worked on the technical stage crew at the Lied Center of Kansas learning everything it takes to put on full-scale Broadway productions to intimate lecture series.

Elena’s passion for aerial & circus arts started after she began working full-time as a fitness User Experience Designer while researching fitness trends. She started taking a lyra class and hasn’t gotten off the hoop since. Realizing aerial & circus arts are the perfect combination of all her interests (design, artistic & physical expression, stage production, fitness) she began apprenticing at the Quixotic School of Performing Arts in 2012 and later became a founding member of Lucia Aerial Performing Arts. She moved to Portland in 2015 where she continued developing as a circus artist at Pendulum Aerial Arts, The Circus Project, and Night Flight Aerial. She returned to Kansas City in 2017 and has been delighted to be back in KC.

In her free time, Elena enjoys seeking out new ways to move and express herself, including partner acrobatics, flying trapeze, tumbling, and swimming. She fully embraces living life both on and behind the stage.